Piers Morgan has slammed his US president, Donald Trump on his final day in office.

Shortly after footage of Trump leaving the White House was made public, TV host Piers Morgan took to Instagram to slam Trump.

Sharing a photo of himself and Trump, he wrote:

You blew it, Donald.
If you’d shown Americans leadership & empathy when it really mattered in the past year, you’d have been re-elected.
Instead, you failed them.
Spectacularly badly.
And now you slink off as a gutless graceless sore loser.
How pathetic.
Shame on you. 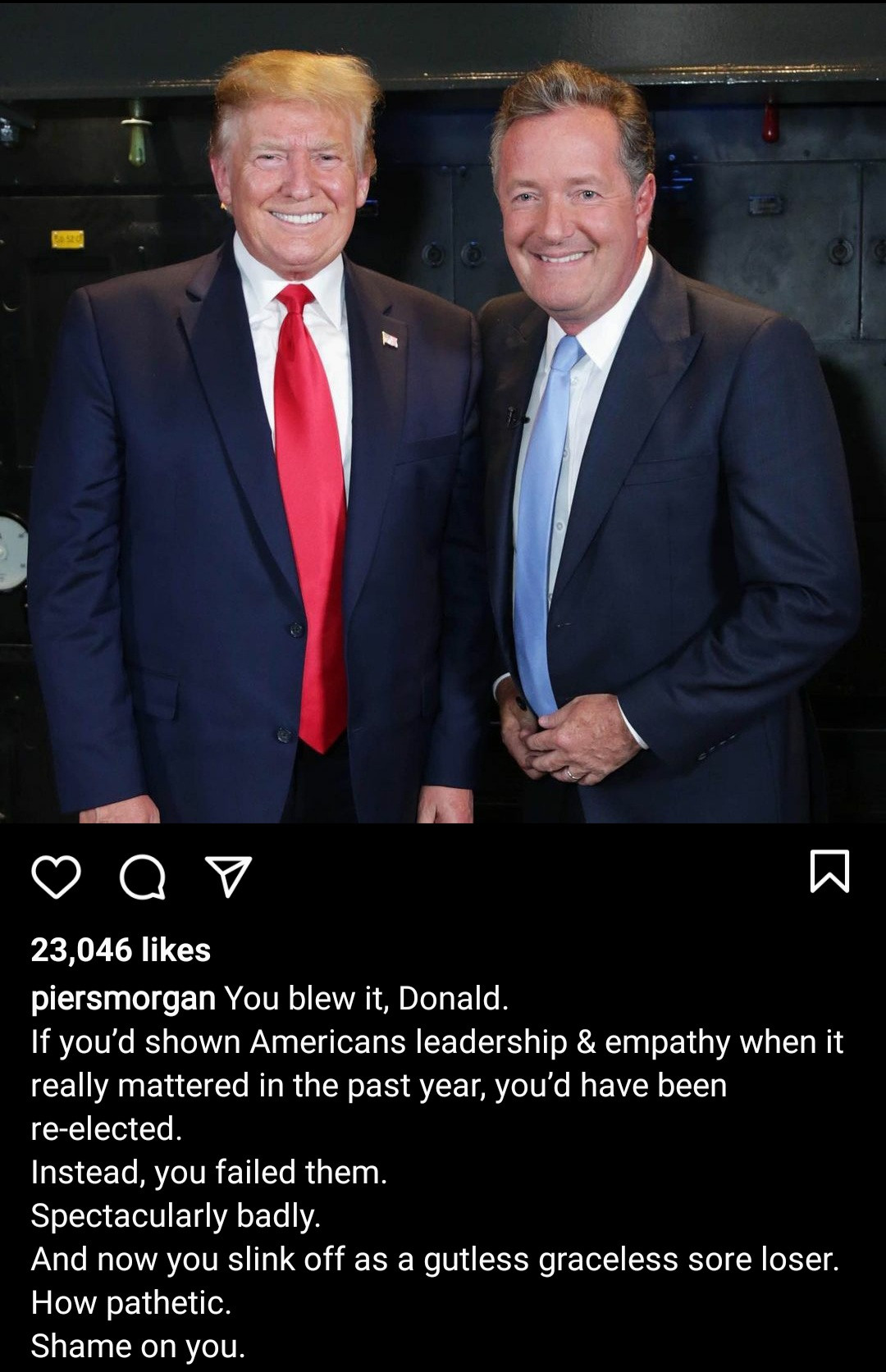