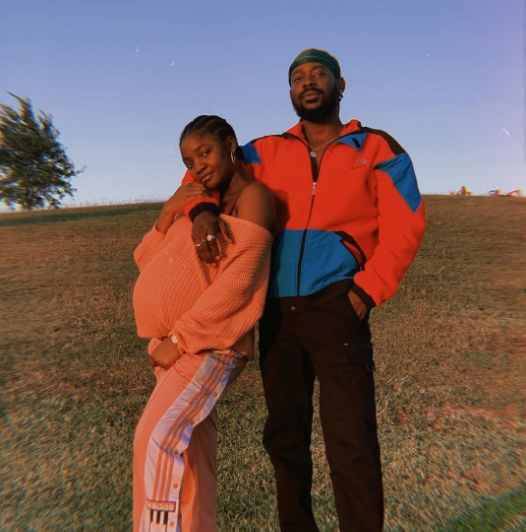 Simi’s apology to the members of the LGBTQ community has been slammed as insincere after it emerged that her husband Adekunle Gold was recently featured in a magazine for LGBTQ creatives.

Singer Simi took to Twitter to apologize for a comment she made months ago on her YouTube talk show ‘Stoopid Sessions’. She had said at the time that homosexuality is not natural. Her comment angered members of the LGBTQ community but Simi remained silent.

Yesterday August 3, Simi apologized, stating that she remained silent all along because she “honestly” thought she was “admitting to and questioning her bias” (read here).

She added, “I believed you misunderstood me so I wasn’t sure how to respond.”

apology has now been questioned after her husband Adekunle Gold took to Instagram to promote his feature in the Quaza Magazine, a magazine that is clearly centred around queer creatives. 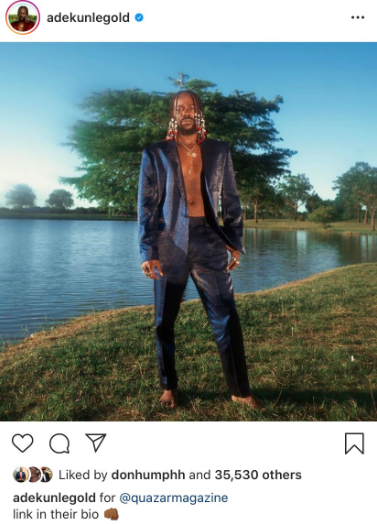 Seeing Adekunle Gold’s post, Twitter users called out Simi and they told her that her apology was given with an ulterior motive to secure the bag for her husband. 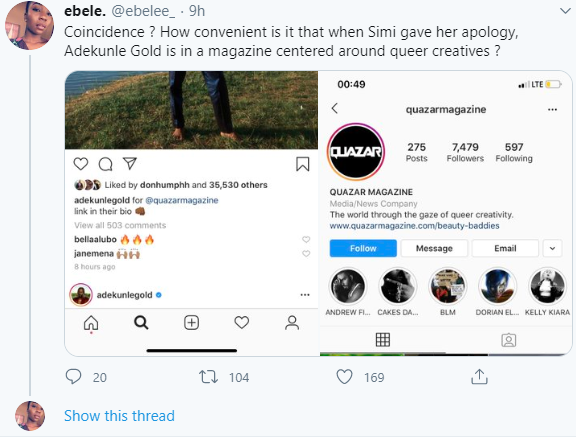 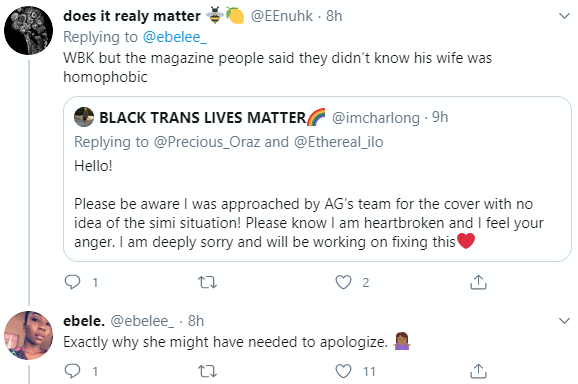 People have tagged the magazine to Simi’s homophobic posts and asked them to take down Adekunle Gold from their magazine.

In response, the magazine’s editor tweeted: “Hello! Please be aware I was approached by AG’s team for the cover with no idea of the simi situation! Please know I am heartbroken and I feel your anger. I am deeply sorry and will be working on fixing this.” 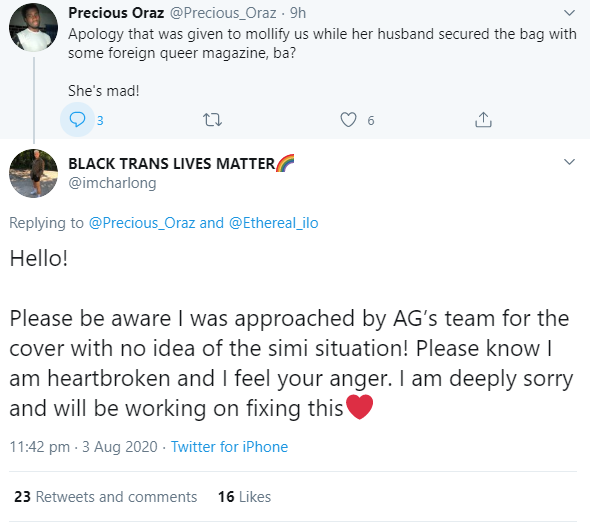 Members of the LGBTQ community are insisting the magazine takes down Adekunle Gold’s feature as he doesn’t represent them. 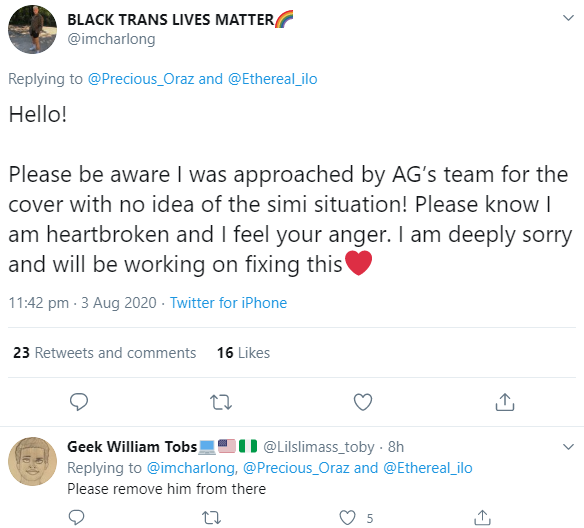