Sophia Momodu, Davido and their little daughter, Imade went out together today for an ice cream treat. Davido shared photos & clips during the outing on Snapchat and Sophia’s voice can be heard in the video. Sophia also shared a glimpse from the trip, without however including Davido’s face.
A fan/troll took to Sophia’s Instagram page comment section afterwards, accusing her of being a public show off because she spent time with Davido. Sophia of course replied. See that after the cut.. 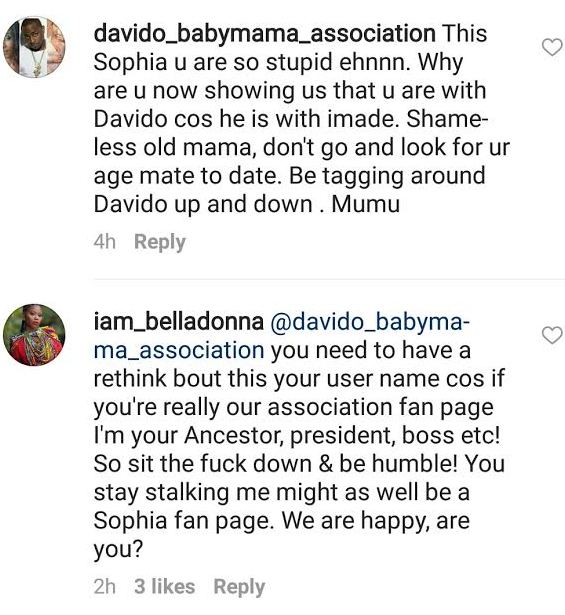 Why President Buhari could not be treated here in Nigeria- Minister of Health, Isaac Adewole says

Women rate the strongest men as the most attractive, study finds

Mysterious Stranger Made An Unbelievable Offer To A Homeless Girl

Does Having Sex When You’re Sick Help?