The more they curse me, the more I thrive – Daddy Freeze reacts to story of former CU student who is now successful even after Bishop Oyedepo allegedly cursed him 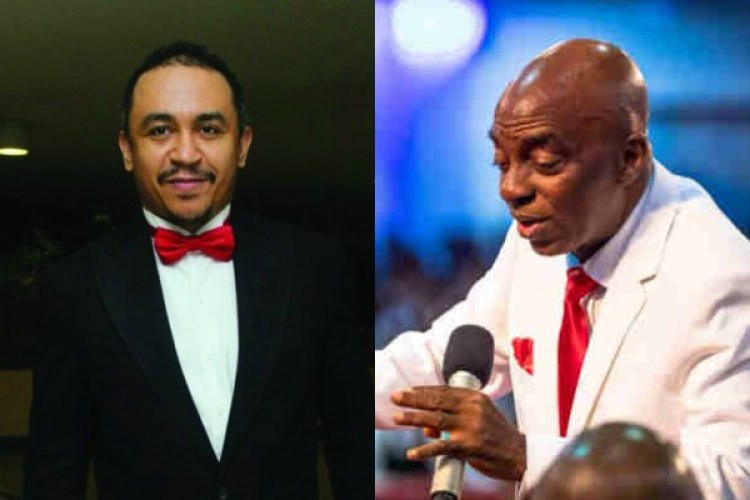 Media personality, Daddy Freeze has reacted to a story of a former Covenant University student who is now successful after being cursed by a man of God.

A Twitter user @HrhKingAlex had tweeted about men of God not being gods as he narrated how his former roommate in the University is now 5 times richer than him in spite of the founder of Living Faith Church Worldwide, Bishop Oyedepo allegedly placing a curse on him.

My roommate in CU that Bishop Oyedepo personally placed a heavy curse on is living his best life. 5 times richer and happier than me that escaped curse free. Abeg.

Men of God are not gods. They are mortals like you and I. They make mistakes and need us to call them out and hold them accountable. 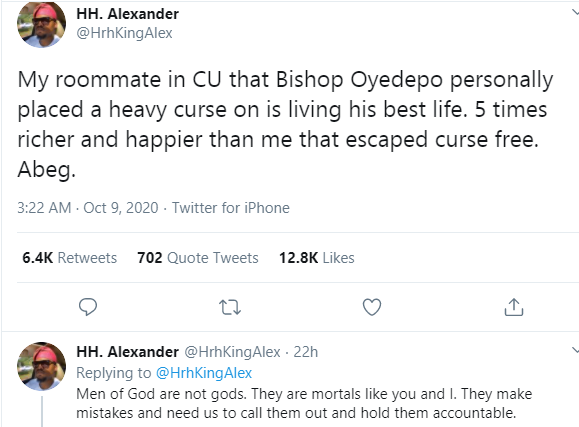 Reacting to this, Daddy Freeze stated that he shares a similar story with the former student of Covenant University. He added that he is thriving in spite of the curses on him.

My story exactly, the more they curse me, the more I thrive. Due to their curses I’m living my best life. Urge them to curse me the more so I can thrive even more.
–
Please I beg you, CURSE ME! 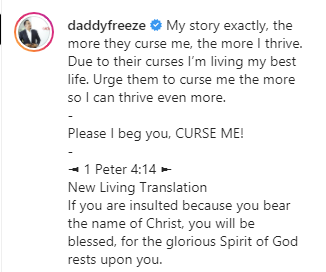 Pope Francis declares ‘homosexuality is a sin but not a crime’

BBNaija’s Maria apologizes after mistaking Apostle Selman for the…

Pope Benedict XVI: the body exhibited in the Vatican with a special technique of…