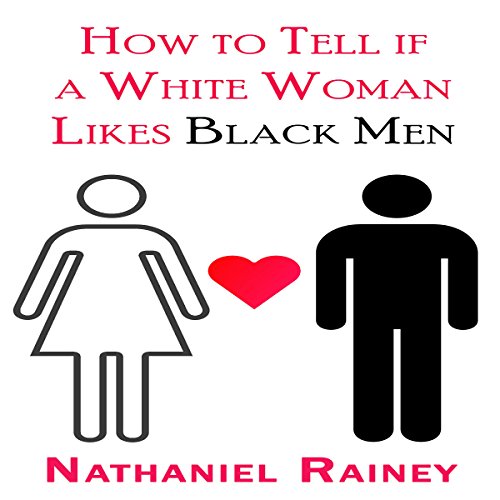 #5. White Women Are Easier To Handle Than Black Women

In their efforts to keep the black family functioning, black women have taken charge. But black men don’t like being told what to do. See the predicament. They both have a problem yielding to the other. Of course it wasn’t always that way. But the manufacturers of white supremacy developed a full proof plan to destroy the black family unit. And it’s been working.

But they just didn’t calculate the exodus of white women that would follow. And in an upside down world where the black man is missing from the home and the black woman is the head of 70 percent of the households in America, it’s been “h-e-l-l-o” white women. They saw their opportunity and took it. When faced with the choice of attacking the root of their problems and keeping the black family unit together, black men have chosen to take the easy route; they get a white woman.

They view white women as easier to manage, have less social and economic baggage, physically easier to control and have a much lower expectation of them. There is no expectation of black pride with a white woman because the expectation immediately becomes assimilation. The black man then looks to become “multicultural” and all European aggression past and present is forgotten, forgiven or overlooked. His objective is to befriend and be likable to every white person he encounters.

Half the white women who get a black man are so glad just to have one they’ll let him do whatever the hell he wants. The other half, you’ll see exercising strict control over him, treating him with an almost parent to child attitude. She curses, yells and bosses him around routinely. And he’ll say nothing. But if a black woman had said or done anything close to that, he would have been ready to beat her down.

White women never had to deal with the post traumatic stress of slavery therefore as a collective and in many ways, privileged group; they see and react to everyday challenges differently. It’s impossible for them to relate to a black man’s struggle yet the black man will try to put her inside his skin.

I used to laugh every time I heard about a Negro going to jail because his white girlfriend folded under police pressure and snitched on his dumb ass. If you do a crime and your white girlfriend knows about it, you’re going to jail; maybe not right away but you’ll go. The only people white women don’t snitch on is their children. You can ask Jeffrey Dahmer’s mother about that.

Remember when I said “half the white women who get a black man will let them do whatever the hell he wants; with little if any consequences?” Well, some trifling brothers will get with a white woman because she’ll spend “mad” money on him. He’ll use her in ways a black woman would never allow.

She’ll not only become his woman, but his benefactor. This type of Negro is not above taking advantage of a ‘weak’ woman. Furthermore, he’ll think nothing of sending her out into the street to hustle, even trick to get money to bring back to him. Some black men actually think that by sleeping with the white woman he is ‘sticking it’ to the white man.

Sigmund Freud said ‘Europeans were driven by power and sex.’ Europeans set up the world’s first whorehouses, art shows, live sex exhibitions and magazines with every sexual act imaginable. It’s been called a “sexual imperative” and has been forced or rubbed off on every culture on the planet; especially black folks.

The objectification of white women for the sexual gratification of white men was the foundation that created the white woman sexual myth. Black men who are starving for love will settle for sex. And white women have lots and lots of sex; uninhibited sex. Black women are not as obtuse as people think; they just limit their exploits to the bedroom and not to the world.

Black women have historically placed a much higher value on sex than their white counterparts. White women were taught the politics of sex at a very early age and both traditions, although fragmented, have been passed down through both generations. However, the white women sexual myth is not without merit. Hell, they’re going out on blind dates as early as fourteen. Why do you think chastity belts were invented?

During the 1960’s “free love” period, guess who was giving up the most “free love,” that’s right, white women. The term ‘groupie’ was given to white women by white men because they would have sex with everybody in the band; including the road crew. Take a good look at Woodstock and I rest my case. White women have always been involved in all kinds of sexual experimentations. Where do you think wife swapping came from?

Did you forget about the married couples who call themselves “swingers?” That’s where the husband will sit back and watch as other men have sex with his wife. White women play dress up games; engage in sado-masochism, whips, chains and spikes. Do I need to go on? And you don’t have to worry about messing up their hair either; just kidding.

In a society built around sex it’s easy to understand the appeal. Go to any basketball or football game, college or pro, and count the number of half naked white women waiting by the locker room for the black athletes to arrive. And guess what they’re telling the black guys? “I’ll do anything you want!” Those young boys don’t stand a snowballs’ chance in hell.

Although times have changed (or so I’ve been told) the game remains the same. Television, movies and magazines still paint the American white woman as the most coveted prize on earth. And we watch a lot of tel-LIE-vision don’t we? You’ll be lucky to see black women on television at all these days. That’s right; there are a lot of black actresses out of work. In the meantime via the media, white women are viewed as upwardly mobile, multifaceted, multitasking woman who always know what to do in any situation.

Therefore, the consistent overt as well as subliminal message to the black male is “get a white woman” and your problems are solved and your life will get better. That’s one hell of a message isn’t it? On the flip side of that coin the black woman is portrayed as the strong, go it alone chick that doesent need a man; just her kids and Jesus Christ. Or she’s portrayed as the high maintenance, bossy, gold digger who always needs to get her hair done.

That’s why every time a black man gets a white woman he immediately starts bashing and demonizing black women. This also helps him deal with his feelings of betrayal to the black community that he came from. Next, he’s more then happy to give all his money to his white woman who in turn gives it to the white community. Don’t you just love white supremacy?

One neo-slave/Negro told me “I didnt want my kids to have nappy hair.”

In case you don’t know; there’s no such thing as “nappy hair.” It was a term invented by racists and ingested by African -Americans to keep them feeling inferior about their appearance. So stop repeating that non-sense. A black man with an inferiority complex believes that he is lower than a white person in statue, status, ability, quality and mind. And in order to feel like he’s somebody he’ll go out and get a white woman. Some rich, famous and powerful black men who have everything in the world will still feel empty inside without a white woman on his arm.

Even the economically poor black man will go out and get the ugliest, trailer park trash white girl they can find just to be able to say “I got a white girl.” They are more then happy to get the leftovers white men don’t want. In the programmed mind of a black man with an inferiority complex this is an essential element in gaining the white man’s respect. In his subconscious, the inferior thinker (black man) wants the superior thinker (white man) to love him and no longer treat him like the other “darkies” because now he’s obtained what’s been withheld and glorified in society; the white woman.

He wants to be seen and accepted as mainstream, progressive, open minded and appealing to the white power structure that controls his life; in hopes of catching a break. Often he uses his white wife as a key to get his black face into places he was previously not permitted to go. His open flaunting of the white woman shows white America he harbors no ill will for slavery, segregation or its ripple effects. And no matter what argument, decision or situation this type of black man gets into with his white woman, he compromises.

That’s due to his “white is always right” programming; i.e. inferiority complex. Also, consider how imperative it is for this type of black man to have children with his white woman. First, his biracial children will get better treatment within the white supremacy system as opposed to his having offspring by a black woman. Second, he believes his white wife’s parents, relatives, friends and family will now be forced to accept him as one of their own because the children’s happiness and well-being becomes their primary concern. Your woman is an extension of you. She should represent you where ever she goes.

There’s an old African saying: “Man, know thyself.” You can go out and get any woman you want to, but do yourself a favor; find out who you are first!

Man arrested for the murder of actor, Thomas Jefferson Byrd

20 signs that your partner is secretly unhappy