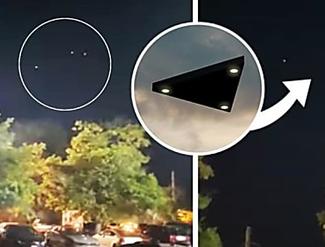 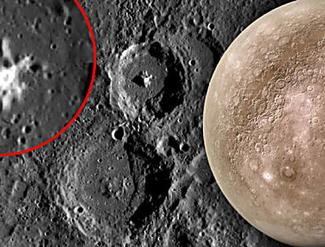 Alien sighting over London ‘Science has some catching up’ – claim

A “teardrop” shaped UFO was supposedly spotted in the clouds above the capital of England, leading to claims experts need to finally acknowledge the existence of aliens. The supposed UFO comes in the form of a bright light peering behind the clouds in a video shot by YouTuber Narinder Kumar.

Mr Kumar posted the video on his channel, along with the caption “Mysterious light over London sky, can be a UFO?”.

Mr Waring also believes the supposed UFO in question is similar to the mysterious object which a US Navy pilot spotted, with the Pentagon officially acknowledging the sighting back in 2017.

Following the sighting from Mr Kumar, Mr Waring believes now is the time for scientists to officially acknowledge aliens exist here on Earth.

Alien sighting over London ‘Science has some catching up’ – claim

“Mysterious light over London sky, can be a UFO?”

Mr Waring wrote on his blog UFO Sightings Daily: “This is a teardrop-shaped UFO hiding in the clouds above outer London this week.

“Also misidentified as a sun dog by some and accepted as a natural event.

“This is anything but natural. This is a cloaked UFO and when the sun, UFO and eyewitness form a perfect triangle, equal on all sides, then the UFO becomes visible.

“One day, science will catch up with reality, but right now a lot of scientific facts are not only unproven, but absolutely false.

The sighting is likely a sun dog

“This glowing object is a UFO. One day, science will change their statements about it, as science often does.

“Remember how science said UFOs didn’t exist, and then the US pentagon releases videos of several actual UFOs? Science has some catching up to do.”

Sun dogs are concentrated patches of sunlight which appear through clouds when ice crystals in the clouds scatter the light particles.

What is the Drake Equation?

They are a fairly common phenomenon, particularly in colder countries in the autumn and winter months.

Sky & Telescope said: “A sun dog is a concentrated patch of sunlight occasionally seen about 22 degrees to the left or right of the Sun.

“Sun dogs often form in pairs on either side of our daytime star when sunlight refracts through icy clouds containing hexagonal platecrystals aligned with their large, flat faces parallel to the ground.

“Technically known as parhelia (singular parhelion) they are often white but sometimes quite colourful, looking like detached pieces of rainbow, with red on the inside, toward the Sun, and blue on the outside.”