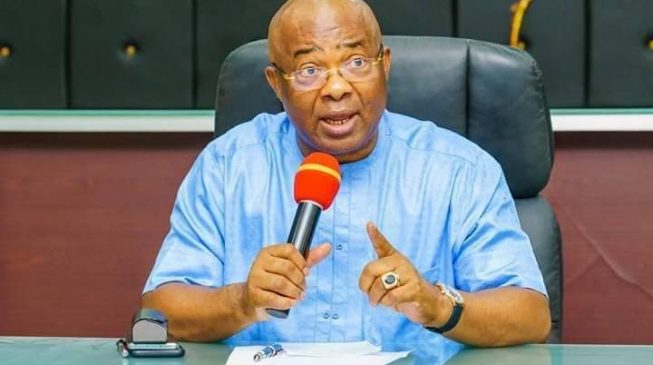 Governor Hope Uzodinma of Imo state has announced that the state will soon be publishing names of people who earn an annual pension of N330m.

The Governor who said this during a meeting with the leadership of the Nigerian Union of Pensioners (NUP) in Owerri, also stated that while some pensioners were receiving monies above their retirement salaries, others get outrageous amount that are unaccounted for.

Uzodinma warned those “playing politics” with pensions and salaries to desist from such acts, while also disclosing that he has set up the process of integrating Imo pensioners into the National Contributory Pensions Scheme.

“I’ll soon publish names of those who earn above N330m per annum as pension for Imo people to know.

“Government will no more make use of microfinance banks for payments of salaries and pensions because they are no clearing houses for BVN holders so that pensioners can be paid directly.

“Government has decided to automate all payments to enable it to migrate to the contributory pension’s scheme.”

DBanj’s former manager, Franklin Amudo opens up on rape allegation against him, gives his own account of what happened at the hotel

544 new COVID-19 cases recorded in 18 states, and the FCT as morgue attendants and nurses test positive.