What Is The 90 Day Rule, And Why Does It Matter When Dating?

There’s a dating rule that has gained a lot of interest lately, and it’s called the 90-day rule. Some people think it’s a great idea, while others feel it’s an outdated idea. Here’s a look at what this rule is and how it could affect your life. 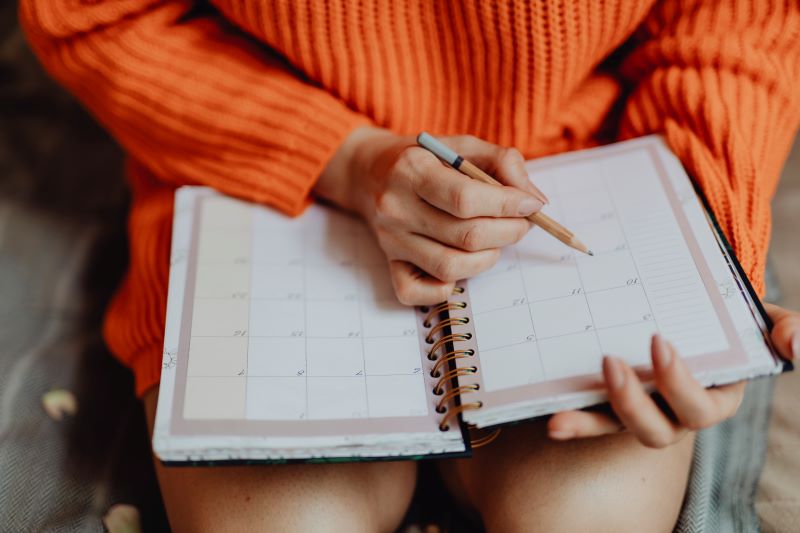 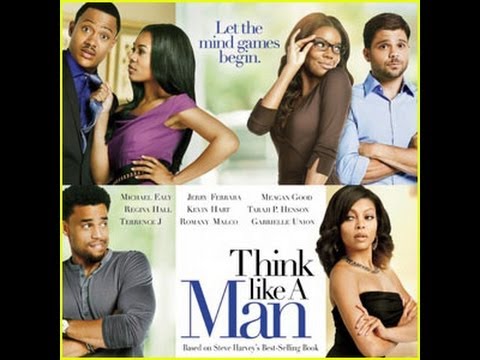 The 90-day rule suggests that you wait three months after you start dating someone before you have sex with them. While either gender could use this rule, it’s typically women who think of following its advice. This article is directed toward women, but men can also apply many of the ideas to their own dating lives.

Should You Tell Them about the Rule?

If you’re considering the 90-day rule, start by thinking about how you will present it to your dating partner. You may want to tell them outright about it. But if there’s any question in your mind about whether you’ll follow through with the rule, consider another approach. One way is just to suggest that the two of you go slow with intimacy until you know each other better. And let them know that this might take some time.

What You Could Get from the 90-Day Rule

Following the 90-day rule might be very difficult for you, especially if you’ve had sex early in your relationships before. There has to be some kind of payoff, or it isn’t worth your effort, right? Here are some ways the rule can benefit you.

Feel More Comfortable When You Do Have Sex 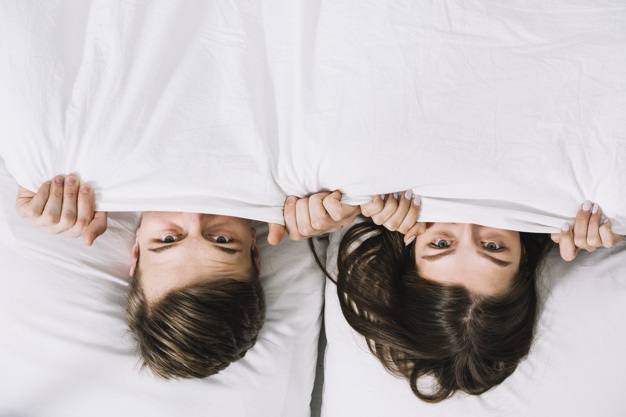 Many women feel uncomfortable having sex with someone they don’t feel close to or barely know. They may experience a lot of anxiety over it. They often find the experience unpleasant, because they’re doing it for a reason other than wanting to do it. They might be caving to his pressure, current cultural attitudes, or other influences. But if they spend more time together before sex, she already feels close to him before sex happens.

Gain Power in the Relationship

If you aren’t ready to have sex yet, saying no to it is a way of giving yourself power in the relationship. However, if you use the 90-day rule to manipulate your date, it’s an unhealthy kind of power. While it’s good to be strong for yourself, you can set the stage for a very negative relationship if you withhold sex as a way to control him.

One goal of the rule is to feel that you’re more in control of your own body and your own decisions. This sets you up to build a relationship between two strong people who respect each other’s boundaries. The relationship is more balanced for both of you.

One thing you need to do in any relationship is to maintain your independence. It’s easy to become dependent in a relationship. However, this appears to be changing. In a survey of older women on dating and sex, the researchers found that these 55-81-year-old women were very protective of their independence if they wanted a new romantic or sexual relationship. By standing by your own decision, you hold on to your individuality.

The 90-day rule can end in the two of you developing a close and long-lasting relationship. Or, it can lead to you learning things about your date that convince you the relationship isn’t right for you. It may also result in him giving up and leaving the relationship. Here are some things you can learn about him.

Is He Willing to Invest Time in the Relationship? 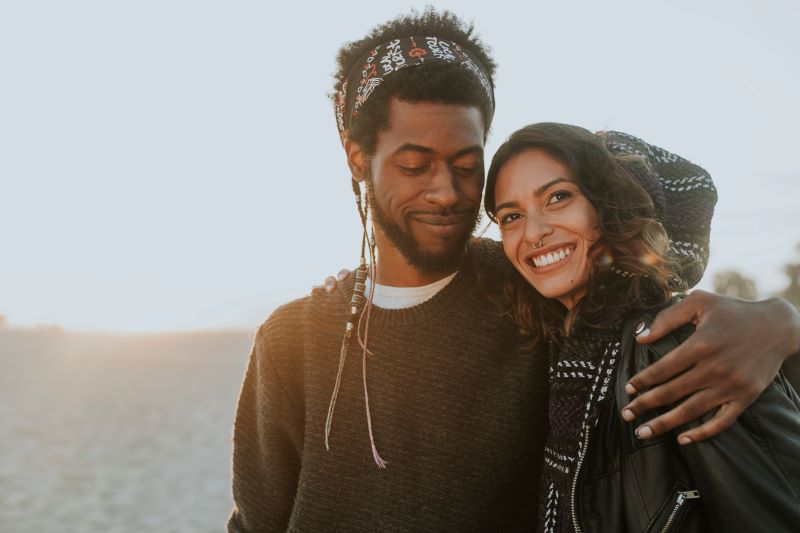 The rule is based on time. Time is a valuable commodity. If a man is willing to put in time to develop the relationship before having sex, it says something about him and his view of the relationship. It may show that he is patient, but it also reveals his view that the relationship is worth the wait.

Researchers in a study on game theory and dating concluded that how long the man’s dating efforts lasted showed how strong his courtship signal was. The authors of the study suggested that these were the men who were willing to care for their young when the sex led to having a child.

What Does He Do If He Doesn’t Get What He Wants?

One very important thing you will find out if you wait for sex happens is if he isn’t willing to wait. That is, you find out how he responds to the word “no.” This can tell you how he will be when you refuse other requests as well. If he has an angry outburst or tries to manipulate you into having sex, you know he has some unhealthy habits. And if he reacts by taking what he wants despite your protests, you know that he is prone to violence. But if he respects your wishes and remains kind to you, you know that he has a healthy attitude towards sex.

By waiting for sex, you might have more opportunities to find out other things about him. What are his interests? What are his preferences? What kinds of people does he enjoy hanging out with after work? Since the focus isn’t on when and where to have sex, you can put more emphasis on knowing him more intimately in other ways.

Does He Have the Qualities of a Good Relationship Partner?

When you have sex early in the relationship, you might learn a lot about his attitudes and preferences about sex. However, if you wait, you might be more likely to notice his general characteristics. You may find out that he’s very kind, loving, and considerate about things other than the sexual relationship. You might find out that he’s someone who will go out of their way to help you when you need him. The more you’re with him in non-sexual situations, the more you can learn about who he is as a person.

What the 90 Day Rule Can Teach You About Yourself

Besides what you learn about him, you can also learn some important things about yourself. Following this rule can be extremely challenging. And, like most other challenges, it gives you opportunities to learn about your own issues, limitations, and preferences.

Do You Have Attachment Issues?

How your attempt at doing the 90-day rule plays out could reveal what kind of attachments you tend to have. If you end up having unwanted sex, it could mean that you have attachment issues. In one study, researchers found that women who were anxiously attached were the most likely to engage in unwanted sex. However, avoidantly attached women also had sex against their wishes. While more research needs to be done, so far it appears that attachment issues are an important factor in this equation.

Are You Willing to Settle? 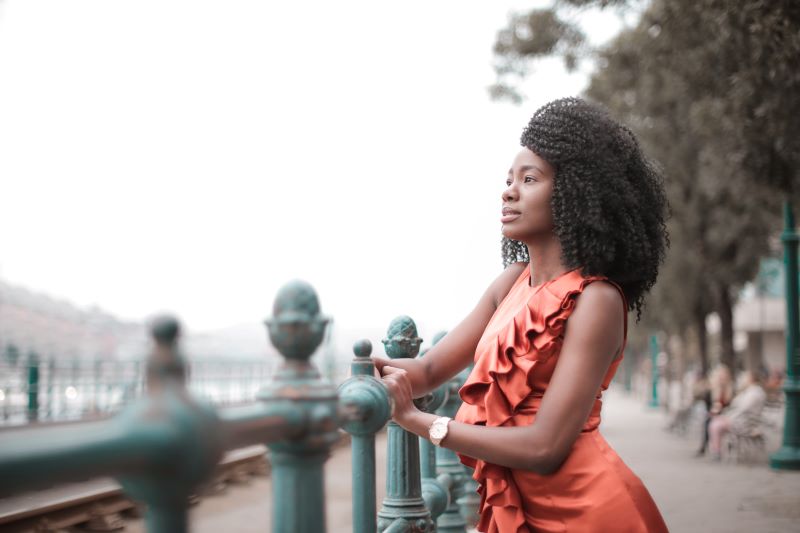 Compromise can help build a better relationship. On the other hand, if you always settle for less than you want, you are likely to end up unsatisfied with the relationship. Giving up on your decision to follow the 90-day rule may show that you’re willing to settle for something that makes you less than happy. This may be an issue you need to discuss with a therapist so that you can understand better where you want to set your relationship goals and learn how to stick to them.

Having sex is a highly individual decision. To say that you are going to wait exactly 90 days seems very arbitrary to many people. It might help you to have a goal. You might learn a lot about yourself and your date. However, it may also be advantageous for you to make your decision one day at a time. The most important thing may be to allow yourself enough time to get to know them and build the relationship beyond the sexual aspect of it. Whether that takes one month, three months, or longer, waiting may pay off in big benefits for your relationship.

Deciding how to handle dating and sex can be very confusing. If you make the wrong decision, you might miss out on the chance to have a wonderful, long-term relationship. Or, you could end up in an unhealthy or even abusive relationship. So, what’s the best way to have a positive outcome?

Talking to a couples’ counselor may help you discover your own personal preferences and issues. You can discuss your feelings and thoughts about your dating partner. You can learn relationship skills like communication. And, you can make a plan for how to respond to requests for sex. If you feel uncomfortable with the way a date went, you can talk to your couple’s counselor about what to do next.

Whether you go by the 90-day rule or not, getting to know your dating partner is a good way to develop a better relationship. If that’s your goal, stick with your commitment to yourself to wait a while before jumping into sex. Then, you will be on the road to a better relationship and a happier life.