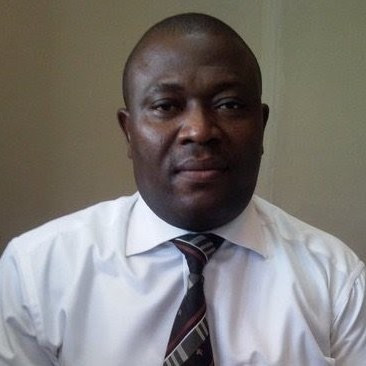 A Court of Appeal sitting in Lagos on Monday, July 27, upheld the 60-year sentence for Adegboyega Adenekan, a former Supervisor of the Chrisland School convicted of defiling a pupil of the school who was only 2 years and 11 months old at the time.

Delivering judgment in the appeal, the three-member panel led by Justice Lawal Garuba unanimously affirmed the judgment of the lower court and held that the appeal filed by Adenekan lacked merit.

The other justices on the panel, Justice Gabriel Kolawole and Justice Bilkisu Aliyu also agreed with the lead judgment. 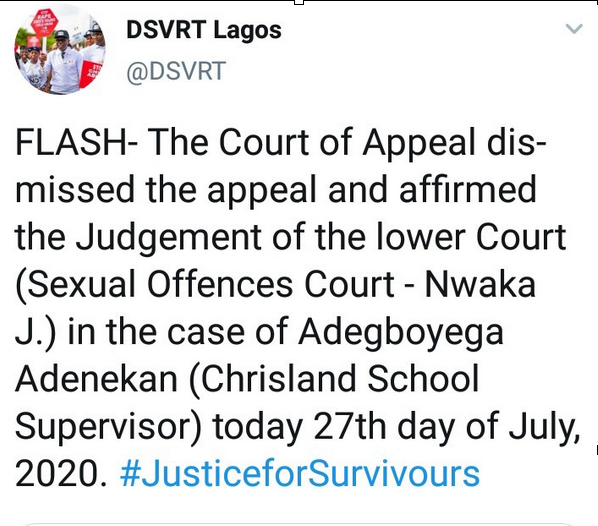 On Oct 24, 2019,  Adenekan, 47, was convicted on one count of defilement of the pupil, who attended Chrisland School, VGC, an offence committed sometime in November 2016.

The victim, in her evidence before the court, said Mr Adenekan put his mouth and his hand in her wee-wee (private parts). She also said that the supervisor put his mouth in the private parts of her best friend (name withheld).

The little girl, who was four years old when she testified on March 22, 2018,  said Adenekan covered her mouth when she attempted to shout and that he defiled her twice on the school premises, in his office and in the hallway.

She said: “He put his mouth in my wee-wee, the first time he did that, he took me out of the class, the second time, I ran.

“I tried to report to my teacher but my teacher did not believe me, so I reported to my mummy.

FG extends phase two of eased lockdown by one week.