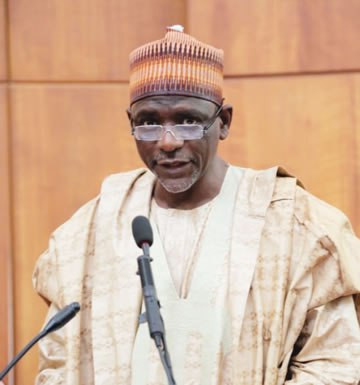 The Ministry of Education has announced that exit classes in Secondary schools across the nation will reopen for academic activities on August 4.

A statement released this afternoon July 27, by the Director of Press, Ministry Of Education, Ben Bem Goong, says students in exit classes are to resume immediately after the Salah breaks so they can take their WAEC examinations scheduled to begin August 17.

Goong said this decision was taken at the virtual consultative meeting of the Federal Ministry of Education, Commissioners of Education in the 36 states, the Nigerian Union of Teachers, Proprietors of Private schools, and Chief Executive of Examination bodies.

The Federal government had initially suspended the reopening of schools due to the increase in the number of confirmed COVID-19 cases.

Read the statement from the Ministry of Education below 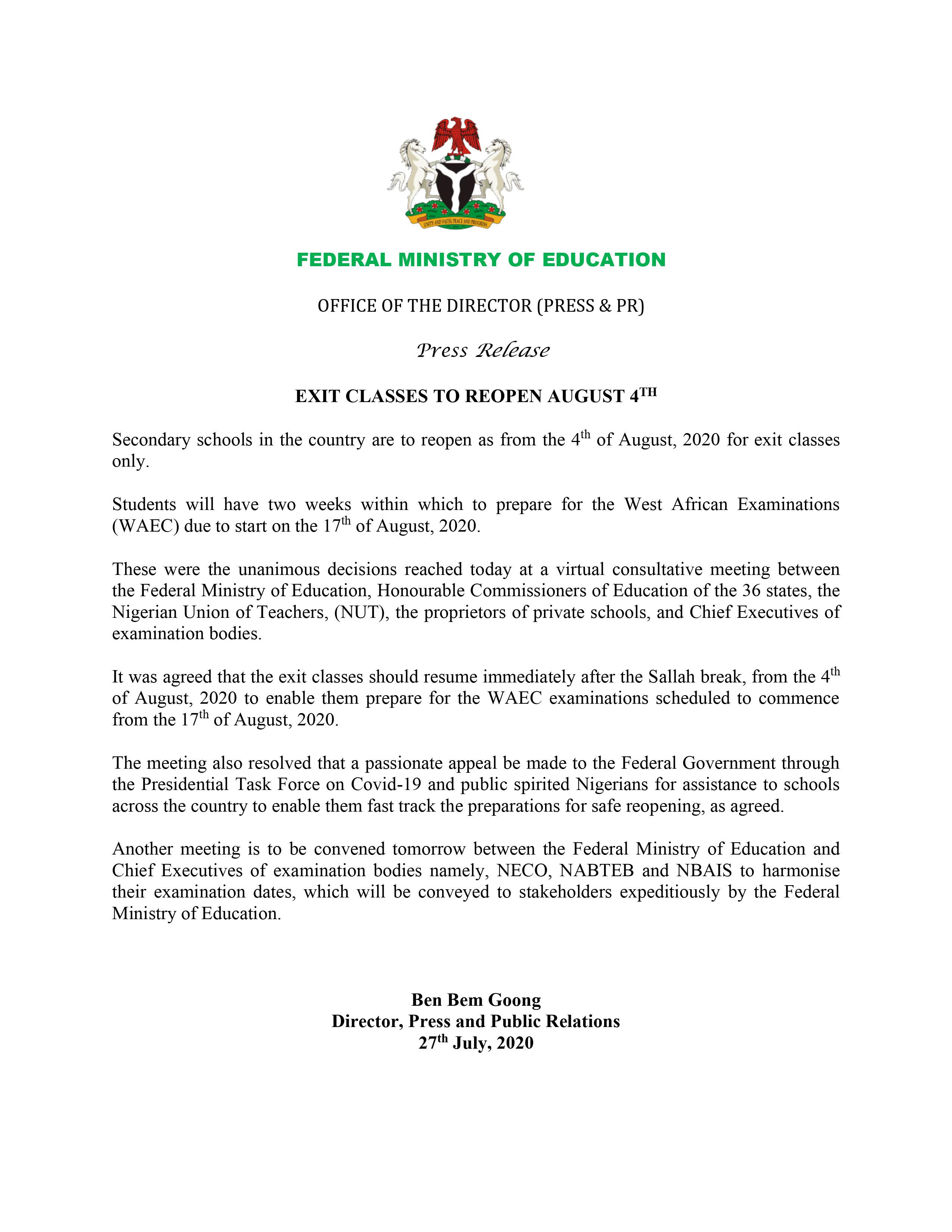 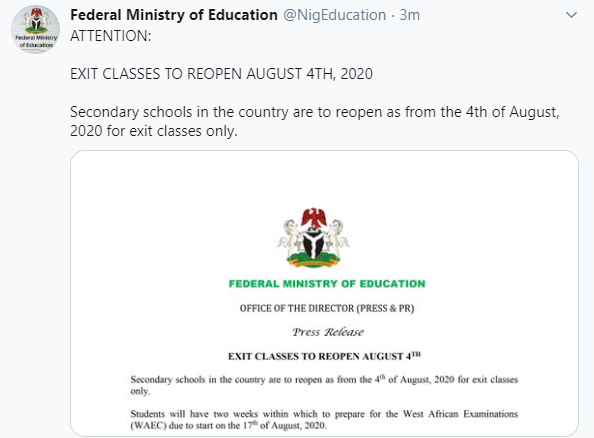