FG extends phase two of eased lockdown by one week. 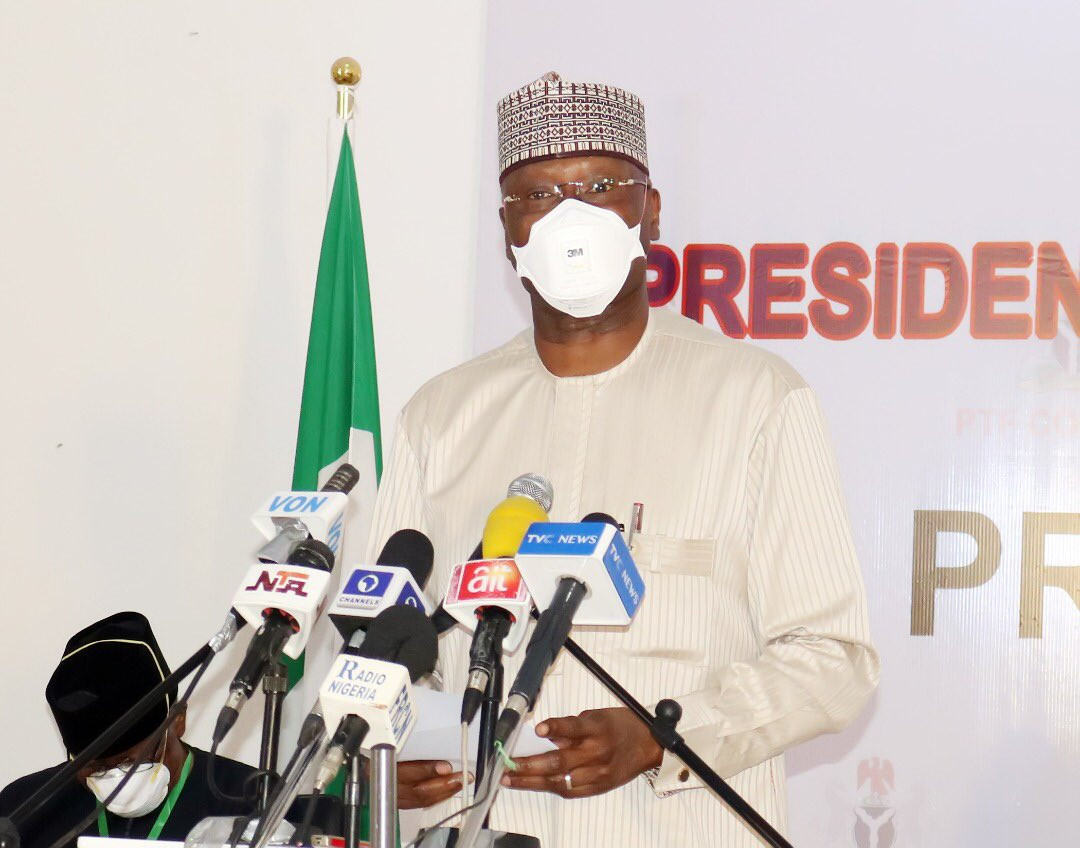 The federal government on Monday July 27, extended the phase two of the ease of lock-down in the country by one week.

Mr Boss Mustapha, the Chairman of the Presidential Task Force (PTF) on COVID-19 who made the announcement said President Muhammadu Buhari had approved the extension of phase two of the eased lockdown which was due to expire on Wednesday July 29.

“We informed you two weeks ago that the process of submitting the 6th Interim Report and recommendations for next steps had commenced,” said Mustapha who is also the Secretary to the Government of the Federation (SGF).

“The PTF has reached advanced stages of the process. It has also considered that due to the upcoming Sallah (Eid-El-Kabir) festivities which coincide with the expiration of the current phase, it would be prudent to extend by one week, from 29th July 2020 till Thursday 6th August 2020.

“It has accordingly secured permission to retain the existing guidelines until that date.”

Mustapha also stated that the level of compliance with the existing COVID-19 protocols was discouraging, stressing that a majority of Nigerians have continued to live in denial of the dangerous nature of the disease.

UBA To Host MSME Workshop for support of Businesses.