Battle For Edo – By Mayor Akinpelu 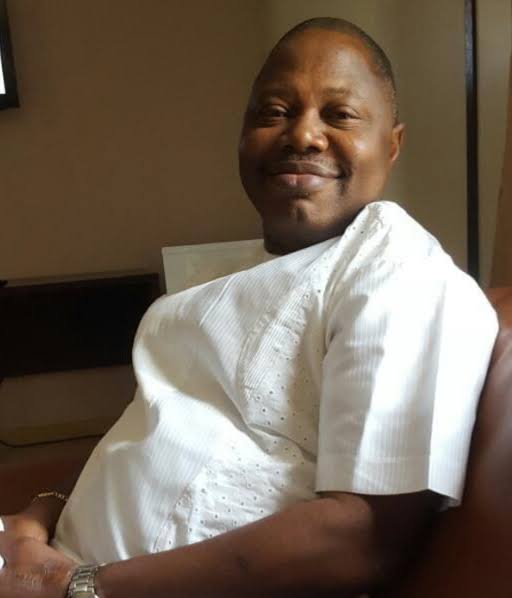 One of the closest governorship elections in Nigeria’s history would happen in September, 2020 in Edo State. It promises to be a thriller. There are enough fireworks as a prelude to what to expect. It was a battle for the government house in Benin City that led to the suspension of Comrade Adams Oshiomhole by his Ward chairman. It was the crisis emanating therefrom, that led to the dissolution of the National Working Committee (NWC) of All Progressives Congress (APC) and Oshiomhole losing the chairmanship of the party.

It was also the battle that led to the disqualification of the incumbent Governor Godwin Obaseki from flying the APC governorship ticket and his subsequent decampment to the opposition People’s Democratic Party (PDP) where he picked the ticket alongside his deputy, Phillip Shaibu, to run for re-election. There also have been major shifts in both parties. Governor Obaseki and his deputy left APC for PDP while Pastor Ize-Iyamu, the candidate of PDP in the last governorship election in the state, decamped to APC and subsequently won the primaries to become the candidate of APC in the coming election.

So, who is likely to win the next governorship election in Edo State? It is a repeat of the last election that was won by Governor Obaseki, the then APC candidate. The major battleground is the contest for Benin votes. The Binis are in majority in the state and whoever wins their votes has a major head start.

Both candidates are prominent sons of Bini, it therefore promises to be a battle royale. Both also enjoy the power of incumbency of different kinds. While Obaseki is the sitting governor, Ize-Iyamu is the candidate of APC, the party that controls the INEC and security agencies. Key influencers in Benin, especially billionaire businessman, Captain Hosa Okunbo, are with Ize-Iyamu but the body language of the paramount ruler, the Oba of Benin, seems to favour Obaseki. So, whoever among the candidates that is able to harness these variables would have an advantage. Benin vote is key.

The other battleground is the northern part of Edo State. What would be Oshiomhole’s influence in Afemai? Oshiomhole in previous elections has shown his influence but his erstwhile protégé, Shaibu, is the deputy governor and running mate of Obaseki. Has Shaibu come of age? Is he skilled enough to whittle down the influence of Oshiomhole in Afemai? If Shaibu is capable of proving his worth in gold then he may be able to give Oshiomhole a run for his money. If not, the election is as good as won for APC. It should be noted that Oshiomhole is campaigning as if his life depends on the election. He may not be on the ballot, but the election may determine his political future, so he is putting everything into it. Afemai votes is key. It may be the difference between winning and losing.

The third factor is the Esan votes. Though, Oshiomhole is not on the ballot, the Esan people have an axe to grind with him. Apart from humiliating and retiring Chief Tony Anenih, the undisputed leader of Esan people, he also deposed their king while he was governor. It is likely that most of the Esan votes would go to PDP. This may be the time to get their pound of flesh.

The last factor to consider is the role of APC governors. Hard as it may seem, most APC governors are supporting Obaseki in the election. Surprise? It has to do with interest. There are no permanent friends in politics, what is permanent is interest. The APC governors had had a running battle with Oshiomhole when he was chairman of the party. They tried to remove him within the NWC of the party but did not succeed. However, they were able to convince President Muhammadu Buhari to intervene when the crisis between Obaseki and Oshiomhole got to its peak and was threatening the party’s existence. That was how Oshiomhole lost the chairmanship. The National Executive Council (NEC) of the party subsequently dissolved the NWC and Oshiomhole became history.

The governors believe the battle was still not over. They believe they can only be safe if Oshiomhole is decimated politically. If Ize-Iyamu wins, then Oshiomhole is back as a genuine godfather in the party. The governors don’t want that. They want to retire Oshiomhole and they think the best way to achieve that is to support Obaseki.

It is rumoured that many of these governor are backing Obaseki with a lot of resources and contacts though they have to be discreet about it. Even former governors, including Senator Ibikunle Amosun of Ogun State are said to be part of the plot. This may be the game changer. The influence and resources available to these governors cannot and should not be underestimated.

Looking at all the factors, the election is 50-50. It can swing either way. It would depend on which side capitalizes on areas where they have comparative advantage. Truly, it is too late to call but it is obvious Governor Obaseki has a slight advantage. History is on his side.

Governor Samuel Ortom of Benue State left APC for PDP to seek re-election and he won convincingly. Governor Aminu Tambuwal of Sokoto State also left APC to seek re-election on the platform of PDP. Despite all the forces against him including the Buhari factor, he was able to breast the tape. It is likely the same thing would happen in Edo. Obaseki’s case would be closer to what happened in Sokoto. He would win by the closest of margins.

Would Obaseki’s victory mean the end of godfatherism in our polity? No. the spirit of godfatherism is alive and well. The way our polity is structured, there would always be godfathers. Meanwhile, Oshiomhole may not succeed because the forces against him are overwhelming. But the Afemai man is a good politician and brilliant campaigner. He would be around for some time and I see him playing a major role in 2023.

Regina Daniels shares adorable photos of herself and her son.