If Osinbajo wants to go to court, he needs to resign first and sue me – Jackson Ude reacts to Vice President’s lawsuit threat. 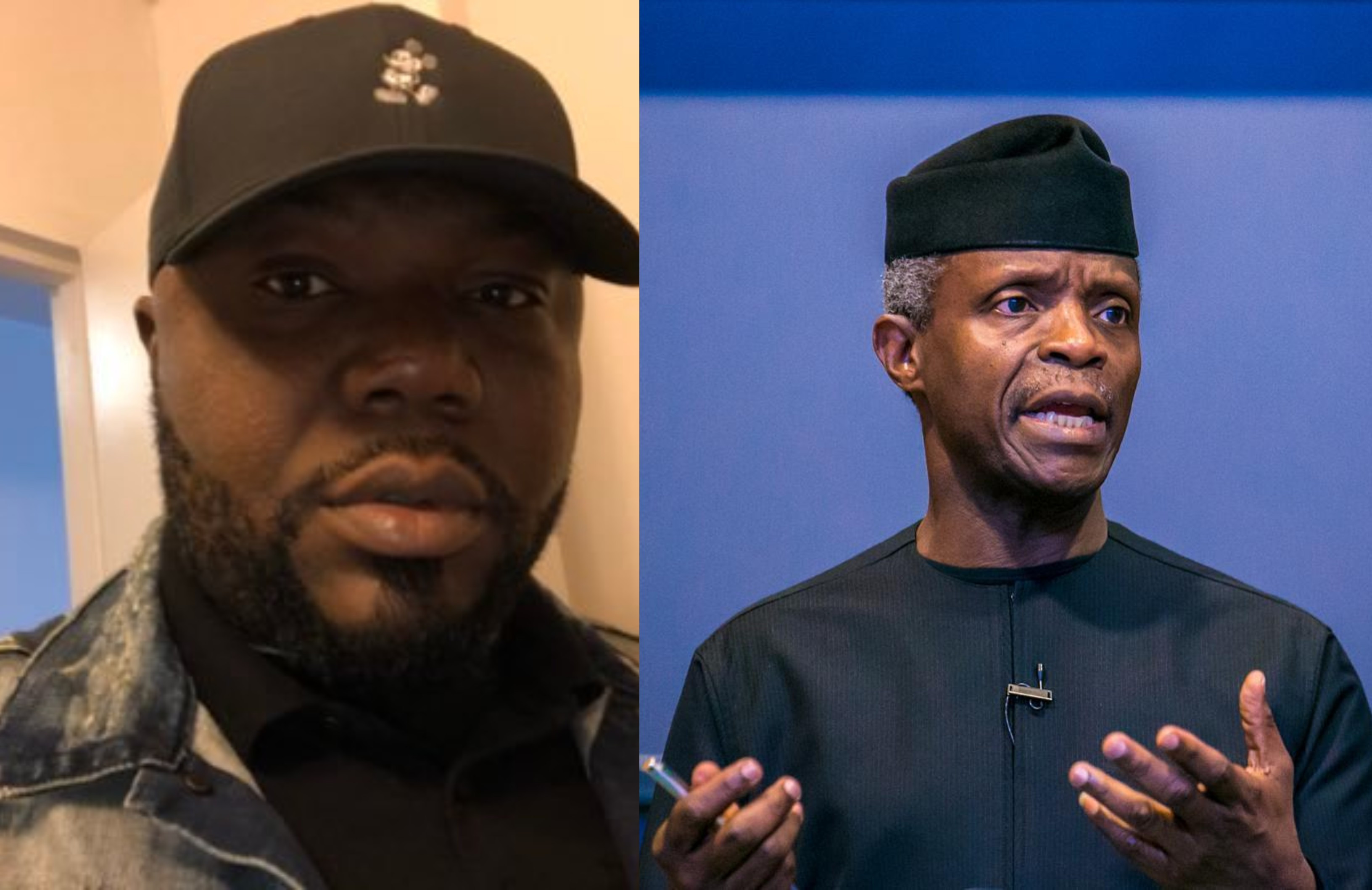 Jackson Ude, a Former Director of Strategy and Communications under President Goodluck Jonathan administration has reacted to Vice President Yemi Osinbajo’s petition to IGP Mohammed Abubakar Adamu after he (Jackson Ude) accused him of receiving N4b from Ibrahim Magu.

Remember that  that Osinbajo asked IGP Adamu to initiate criminal proceedings against Jackson Ude if the allegations are proven to be untrue after investigation.

Reacting to the Osinbajo’s petition, Jackson Ude insisted that the Vice President must resign before initiating criminal proceedings against him. He added that the Presidential Panel investigating Magu and the police should be compelled to release the verbatim transcripts of Magu’s confessions.

“Since Osinbajo, the Star Boy, is denying, let’s have lawyers compel the Presidential Panel investigating Magu and the Police, to release the verbatim transcripts of Magu’s confessions. This is not about waving immunity.

“I am not afraid of Osinbajo and his minions. If he indeed wants to go to court, he needs to resign first, and sue me. He cannot be VP and be using state resources to intimidate the Judiciary. He cannot wave an immunity that he didn’t place. Osinabjo should resign first!

“Osinbajo should have used the U.S Police, FBI or even the CIA to charge me for criminal defamation. Using the Nigerian Police is a waste of poor Nigerian taxpayers money. Except his aim is to arrest me in Nigeria, lock me up forever. Anyway, perhaps Na my ghost dem go arrest.”

Kiki Osinbajo, daughter of VP Yemi Osinbajo, reacts to Jackson Ude’s allegation she” invested N800m” in the property where she runs her business