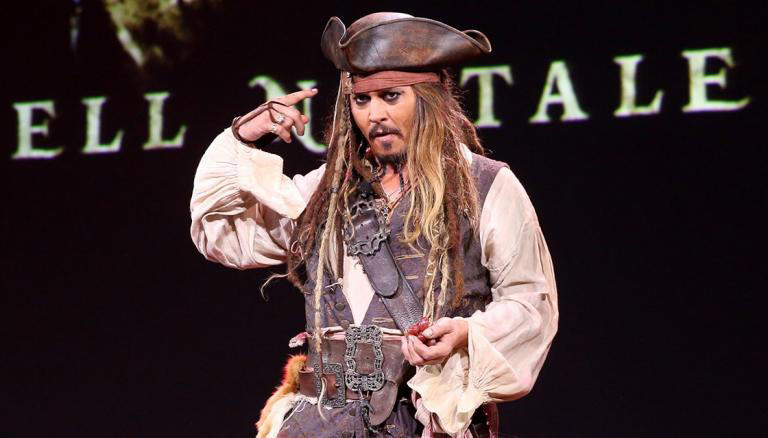 Johnny Depp is reportedly set to make a shock return as Captain Jack Sparrow in the Pirates of the Caribbean franchise.

The Sun newspaper claims a source told them the actor is scheduled for a test shoot in the United Kingdom in February 2023.

The information has come from a new call sheet from the production.

“Johnny is set to return as Captain Jack Sparrow and is scheduled to start filming at the beginning of February at a top-secret location in the UK,” the source told UK tabloid the Sun.

“Everything is in the early stages and there is still no director attached to the project, which is being called ‘A Day At The Sea’.

“The whole project is shrouded in secrecy and Disney wants to keep everything under wraps as best they can.”

There’s been no official comment from either Disney or Depp himself on the rumours.

If true, the return would be a complete U-turn from Depp’s previous stance on the franchise.

During his defamation trial with his ex-wife Amber Heard, he was asked by Heard’s lawyer Ben Rottenborn if he’d ever come back to the series.

“The fact is, Mr Depp, if Disney came to you with $300 million and a million alpacas, nothing on this earth would get you to go back and work with Disney on a Pirates of the Caribbean film? Correct?”

“That is true, Mr Rottenborn,” Depp replied at the time.

In August, Depp’s first movie role since winning the trial was revealed.

He will be playing King Louis XV in the movie Jeanne du Barry.

The first image from the film showed a blindfolded Depp in profile, dressed up in royal regalia, and with white powder upon his face.

French actress Maïwenn is directing the film and will star in the drama, which is inspired by the life of Jeanne du Barry, who was King Louis XV’s last royal mistress at the Court of Versailles.