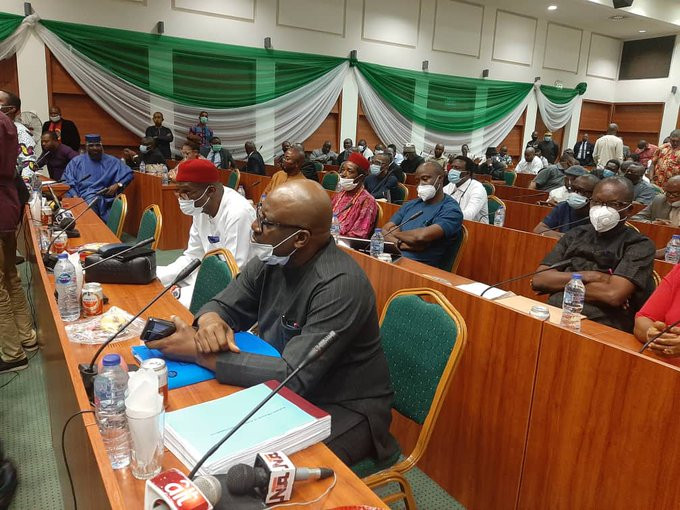 Members of the House of Representatives Committee on the Niger Delta Development Commission NDDC have issued a warrant of arrest against the acting Managing Director of the Interim Management Committee(IMC) of the NDDC, Professor Kemebradikumo Pondei, who walked out on them today July 16.

Pondei and his team were at the House to appear before the panel investigating activities of the commission.

Recall that on Tuesday, July 14, a mild drama ensued at the committee hearing after Pondei failed to explain a N143 billion shortfall in the 2019 budget. Unable to answer the questions thrown at him by the Commission, Pondei asked for time to go back and address the N143 billion discrepancy raised by the committee members.

When he appeared before the house today, Pondei said he and his team members were not prepared to make any presentation before the committee. He objected to Chairman of the Committee, Olubunmi Tunji-Ojo, presiding over the investigative hearing, insisting he cannot preside over a matter in which he is also an accused.

While members were still making contributions on the issue, the Nation reports that Pondei sought permission to leave and walked out before the committee could grant or reject his request.

The furious lawmakers accused the Interim Management Committee of trying to frustrate legislative functions and ordered a warrant of arrest be issued against him.

The Committee members also unanimously passed a vote of confidence on its Chairman.

Fresh Prince of Bel-Air and RoboCop 2 actress, Galyn Gorg dies from cancer at the age of 55

A hospital owner in Bangladesh allegedly scammed patients out of $350,000 using fake Covid-19 tests. Then he tried to flee the country