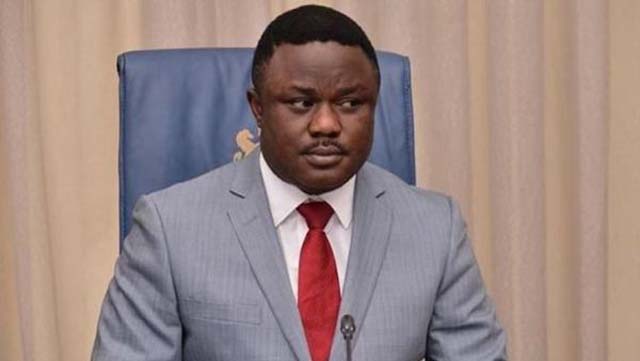 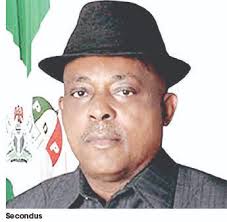 The crisis in Peoples Democratic Party (PDP) in Cross River State is far from over. It is a tussle between the Abuja group, led by the National Assembly lawmakers and some founding members of the party in the state and those at the home front, led by the state’s chief executive, Governor Senator Ben Ayade and Ntufam Edim Inok-led State Executive Committee of the party.
The two groups have been fighting over who controls the party’s structures at the state level ahead of 2023 governorship election. The fight is hinged on control of the ward, chapter and state executive, the outcome of the just concluded local government polls, the by-election in Cross River North Senatorial and a few other issues.

The Abuja group won the ward and chapter primaries, with the outcome of the congresses duly endorsed by the National Working Committee (NWC) of PDP. This was conveyed through a letter dated April 26 and signed by its National Organising Secretary, Col. Austin Akobundu (rtd). The letter said any other list like the one dated April 27 is fake, adding that the said fake list of April 27 emanated from the homegroup.

The general impression, which the Abuja group and the founding members has, is that Ayade’s performance is poor and if allowed to produce a successor in 2023, the state will be the poorer for it. On the other hand, the home front politicians are of the opinion that Ayade should be allowed to determine his successor, as it will give room for continuity regarding the various projects that he initiated.

However, some other persons have maintained that the story of continuity of projects is a non-issue in Nigeria’s politics, as every governor wants to create his own signature projects in total neglect of what his predecessor did. They cite Ayade’s case whose penchant for white elephant projects are allegedly avenues to milk the state dry.

A group, Cross River South Stakeholders Group, led by Chief Ita Ewa Henshaw, had, in an attempt to commence the recall of Senator Gershom Bassey of Cross River Senatorial District from the senate, petitioned the Independent National Electoral Commission (INEC) among other things. The group has alleged that Senator Bassey is “hobnobbing with the leadership of the party at the national level and members of the National Working Committee (NWC), taking over the party’s structure and working in partnership with the National Organising Secretary” at the expense of the electorate. Senator Bassey is suspected to be interested in the 2023 governorship race, which the homegroup finds disconcerting, hence the plot to stop him.

But in a sharp reaction, different groups and individuals have risen in defence of Senator Bassey, saying, he “is doing exactly what we sent him to the Senate to do and that is an effective representation and he is a 21st-century leader, the kind of leader we need in Government House come 2023”.

Groups like Greater Calabar Heritage (GCH) also stated, “We impugn the entire concoction of lies and falsehood meant to distract and derail Senator Gershom Bassey’s good intention for the people of Cross River South. There is no iota of truth and is borne out of excessive malice and indoctrination”.

In a statement signed by Chief Inang Owali and 30 others, including the Igbo, Hausa and Yoruba representatives after their emergency meeting on May 9, the group unanimously passed a vote of confidence on Senator Bassey.They said, “The purported ‘Cross River South Stakeholders Group’ are a faceless bunch of attention-seekers and political jobbers whose type of politics has gone extinct and are no more relevant in the present scheme of things…

“We hereby consensually affirm that their purported recall threat of Senator Bassey is malicious, ill-spirited, encapsulated with excessive greed and powered by power-drunk and derailed politicians that have nothing to offer but to keep the stakeholders busy with attrition and in-fighting while they continue to loot”.

To ensure that peace is sustained, all parties in the crisis were asked by the NWC to withdraw cases in court and come together as one family. In view of this, the NWC went ahead and reconstituted the State Executive Committee into a caretaker committee to function for three months.

The national organising secretary, Akobundu said, “We have reconstituted the State Executive Committee into a caretaker one and it is just for a short while. The idea is that once INEC allows us to continue with the congresses, we will do them because state congresses are monitored by INEC national”.

On the allegation of bribery, he said, “It is all propaganda coming out from your system there (Calabar), because we are insisting on the right processes. We are not supporting anybody; all we are doing is to defend the process and make sure that the integrity of the party’s process is maintained and those are the things we are after. We are not against anybody. Nobody can buy this NWC”.

Another issue agitating the peace of the party is the case of some aggrieved PDP chairmanship aspirants, who were denied participation in the recent local government elections in-state; they are demanding for a refund of their N6.9 million.

The refund request, they said, is in respect of money paid for intent form and administrative charges to the party during the council election from which they were denied screening. They were consequently dropped from the contest. Meanwhile, the state governor Senator Ben Ayade has approved the payment and instructed the state’s party chairman to pay them. The 11 aggrieved aspirants, who cut across some of the 18 local government areas in the state, said they “paid for intent form in 2017 at the cost of N600,000 each and another N30,000 each for administrative charges, but were neither issued the form nor allowed to take part in the screening and primary processes”.

The said aggrieved aspirants are John Orim, John Ojeka, Bassey Effiong Bassey, Irom Bassey Okey, Okoi Okorn Obeten, Bernard Iso, Philip Etim Bassey, Amba Onen Neji, Edem Ironbar, Eyo-Nsa Eyo-Ita, and Asinya Ekpe Ntan.When contacted via the telephone, the state chairman of PDP in his earlier reaction said he was not aware of the matter, adding, “I want to know the petitioners; tell them to come and collect the money.”

The ward and chapter congresses were inaugurated on April 30, 2020, and sworn-in by a Notary Public, Okimasi Ojong, Esq, in accordance with the provisions of Section 65 of the PDP Constitution as amended in 2017 and by the directive by the NWC.However, the aggrieved home group, in collaboration with some party members, including Messers Pastor Otu Edet Marshall, Terence Orok, Raphael Stephen Ntui, and Henry Ekpwnyong Edem instituted legal action challenging the inauguration of ward and local government executive committees. They claimed they also emerged in the ward congress conducted by Ntufam Edim Inok-led state executive committee but were not inaugurated.

Consequently, they sued the PDP, the National Chairman, Prince Uche Secondus, national organising secretary and the state’s chairman of PDP. In a suit No HC/178/2020 and dated July 2, 2020, they prayed the court to restrain the national leadership of the party from acting on any list except the one submitted by the Cross River PDP in relation to the recently conducted ward and local government congresses in the state.

After listening to the motion, Justice Elias O. Abua on July 8, granted an interim injunction restraining the party’s chairman, Inok (4th Defendant) or any other person(s) from inaugurating persons contained in national organising secretary’s letter dated April 26, 2020, as persons elected as executive committee members of the party at the March 2020 ward and local government congresses in Cross River State pending the hearing and determination of the motion.

As scheming intensifies for the soul of the party, the Movement for the Restoration of Cross River People’s Democratic Party (MFTROCR) has called for the suspension of Governor Ben Ayade of Cross River State and five others for dragging the national leadership and its officers to court over congresses. The coordinator of the Abuja group, Comrade Raymond Takon said their investigations have revealed that “the litigants are allegedly sponsored by the state’s chairman, through the office of the governor as the claimants/applicants cannot muster enough financial resources and courage to take the party to court”.

Probably due to directives from the NWC, Takon said the claimants and the aggrieved members had tactically withdrawn a similar case with suit No. HC/115/2020 and dated Thursday, April 30, 2020, as they didn’t put up appearance during the substantive hearing of the case on June 30, 2020.

Consequently, Takon is alleging that “We were aware that the party’s chairman, who is working for the governor, has been shopping for a court to obtain an injunction to restrain the authentic ward and local government executive committees from functioning, at least to cause chaos and ensure that duly elected committees don’t take part in the pending state congress and election for the north senatorial district by-election.

“Besides, we are aware that some of his die-hard loyalists are said to have advised their boss to quit PDP if they refused to allow them to have their way in terms of who takes over the party’s structures. We also have it on good authority that the governor has been discreetly discussing with some top APC members in Abuja on how to defect. Against this background, we call on the national leadership of the party to take drastic action against the state’s leadership, led by Ntufam Inok, by sanctioning all those who took the party to court and their sponsors”.