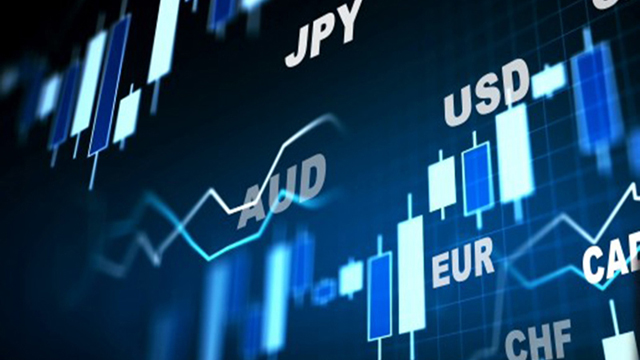 Nigeria has one of the highest costs of house construction due to the high volume of imported materials.

Statistics obtained from the Raw Materials Research and Development Council (RMRDC) showed that between 2010 and 2015, Nigeria spent N13.6 trillion importing raw materials, especially building materials, that could have been sourced locally if some more rigorous work had been put into its import substitution strategy.

The imports in 2016 included some finished products. This means that, on the average, the country splashed N2.79 trillion every year to import building and other raw and finished materials.

The country’s construction costs for infrastructure, like roads, are equally often affected by benchmark pricing, which is based on U.S. dollars.

At 12.56 per cent, Nigeria’s inflation rate has maintained an upward trajectory in the last one year, making it the highest in 26 months, while rising demand for foreign exchange for the importation of raw materials has equally weakened the Naira to N472 against the U.S. dollar.

Inflation takes a huge toll on the costs of commodities and weakens the purchasing power of consumers, therefore slowing down economic growth. A major input like cement, which sold for between N2000-N2,300 in 2015, now sells for as high as N2,800 per 50 kg bag. Other imported inputs like steel, aluminium, among others, play a huge part in the associated construction costs.

When pegged against the current official exchange rate, the same Lagos-Ibadan Expressway project at $1 billion would be equivalent to N361 billion, considering that it has yet to be completed.

With fluctuations in foreign exchange rates, projects’ costs have equally experienced the same variation in costs, and in some cases, higher due to interest rates on such facilities.

The real estate and construction sectors’ disappointing performance in attracting capital has been attributed to the weak macroeconomic environment, which has crippled the purchasing power of an average Nigerian, as well as the high residential vacancy rate (over 25 per cent) in highbrow areas of Lagos.

Another challenge facing real estate is the perception of financial institutions that real estate projects are of weak bankability. Indeed, real estate attracted N1.8 trillion worth of credit between January and September 2019, according to official data by NBS, which is 4 per cent of N46.9trn disbursed to the private sector by banks in a similar period.

Though the number of kilometres to be covered under this road project is eight times longer than Nigeria’s Lagos-Ibadan Expressway project, the cost per kilometre is far lower than that of Nigeria.

During a meeting with development partners on the 1,028km project, the Commissioner for Infrastructure, Economic Community of West African States Commission, Mr. Ebima Nijie, said that it would cost the union between $1 billion and $2 billion (N170 billion and N240 billion) to construct the road.

At the projected maximum cost of N240 billion, the cost of the road per km will be N234 million, whereas the six-lane expressway contract awarded by the Federal Government at N167 billion cost N1.3bn per kilometre.

The report, which was published by the Centre for Social Justice, said a kilometre of paved road in Nigeria “is being constructed for an outrageous amount ranging from N400 million to over N1billion.”

Similarly, statistics obtained from the Raw Materials Research and Development Council (RMRDC) showed that between 2010 and 2015, Nigeria spent billions on the importation of building materials.

Although Nigeria has the capacity to produce its local building materials, the business environment, characterised by multiple taxations and lack of infrastructure is not encouraging growth and development in the sector. For instance, the number of taxes businesses pay in Nigeria is 48, compared to 33 in other sub-Saharan countries.

In Hong Kong, it’s just three. Multiple-taxation has remained a significant burden for Small and Medium Enterprises (SMEs) and corporate organisations operating in the country, while about $10.5bn is needed for federal infrastructure alone.

The consequence is housing shortages despite huge human and natural resources.

According to a recent report published by the International Journal of Development and Sustainability on the challenges of the construction sector in infrastructure development in Nigeria, the contribution of the sector to the nation’s overall Gross Domestic Products (GDP) dropped from 3.76 per cent achieved in 2008 to 3.16per cent in 2009 and 2.86 per cent in 2010 due to business climate and diminished opportunity for indigenous contractors.

This is against 40-60per cent of the gross fixed capital formation in most developing countries.

But the Chairman, Lagos branch of Nigerian Institute of Architects, NIA, Fitzgerald Umah, said design and innovation could put Nigeria’s building materials on top across the world.

According to him, local building materials component such as earth, timber, straw, stone/rock and thatch could be constructed together with the simplest of tools and methods to build simple houses.
He, however, noted that globalisation has reduced some of the tools as primitive.

This primitive classification, Umah said, came partially from the building materials and their relatively low technological uses when compared to western construction techniques, which result in skyscrapers.

Umah stressed that the interpretation of sustainability had given them a new status as likely technologies for the contemporary world.

While Nigerian cities have not featured in the table of cities with a highest construction cost in global construction cost survey for years, property developer and managing director, Propertygate Development and Investment Plc, Adetokunbo Ajayi, said the lack of data, perhaps, was responsible for her exclusion.

London, New York, Hong Kong, Geneva, and San Francisco are top runners. No Nigerian city featured. Only Johannesburg and Nairobi in Africa were listed at number 85 and 86, respectively,” he said.

Ajayi said construction cost in Nigeria will continue to rise as inflation worsens and the naira weakens further.

Ajayi hinged his position on the nation’s weak local building materials manufacturing sector as many construction materials were imported, as they are not produced locally.

According to him, where local production exists, they are unable to meet demand as many of them also suffer from lack of scale, funding constraint, macro-structural challenges among others, leading to high production costs and sometimes quality challenges.

“Unfortunately for operators, the cost of building materials is a major component of the overall construction cost of a building. While the nature of a construction project determines the ratio between materials and labour, cost of materials generally account for not less than 60 per cent of building construction,” he added.

Also, a former president, Nigerian Institute of Architects (NIA), Tonye Braide, said while construction cost runs up to $4,500 per square metre in the United States of America, shopping malls in Nigeria could also cost up to $4000 per square meter.

He stressed that the use of Euro-based prices by foreign construction firms often made construction costs higher.

Braide stressed the need to use more local building materials.

According to him, although Nigerian building materials are at par with foreign materials, caveats are often introduced to prevent competitive export back to Europe, which often reduced performance.

Poor implementation of the local building materials component of the national housing policy, he said, had remained a major setback in the nation’s housing delivery efforts.

A fellow of Nigerian Institute of Quantity Surveyors (NIQS), Gabriel Olanrewaju, said when taxes and other bills were factored into projects, the cost could be far higher.

He said the nation’s procurement methods were still not in compliance with global trends, while political leaders were not willing to change the status quo because of pecuniary benefits.

According to him, our procurement Act still needs some serious work because right now, professionals are often ignored for reasons known to the political class.

Olanrewaju, who compared the cost of road construction to the rate in neighbouring countries like Ghana and Gambia, listed taxation and billings, inconsistencies in policies and weak local industries as some of the factors responsible for high costs of construction in Nigeria.

“If we can advance our construction technology, where materials are prefabricated off-site and assembled on-site, it would be better,” he said.

The President, Nigerian Institute of Quantity Surveyors (NIQS), Alhaji Mohammed Abba Tor, said obtaining credible data on Nigeria’s production capacity of building materials had remained a challenge and made it difficult to track and evaluate the relative performance.

He, however, said that the production of cement which is a critical material put between 40 and 45 million metric tonnes per annum as at 2019, virtually levelled up with local demand even though that data from Nigeria Bureau of Statistics revealed that the production capacity fluctuated, especially in cement production, which contracted by -4.56 per cent in Q32017.

According to him, it is, therefore, logical to assume that the local production is rising, although imports from China, Brazil, United Arab Emirate, and South Africa among others are equally substantial.

Mr. Alatise Olakanmi, the Managing Director and Chief Executive Officer of a Lagos-based building materials company, Kaytise Ventures Limited, said Nigeria should pay more attention to her afforestation policy to encourage the planting of more trees, saying the policy was being treated with levity.

He lamented the impact of transportation of woods and planks from their location on the cost of construction, saying the location of the forestry and lack of infrastructure had remained a factor.