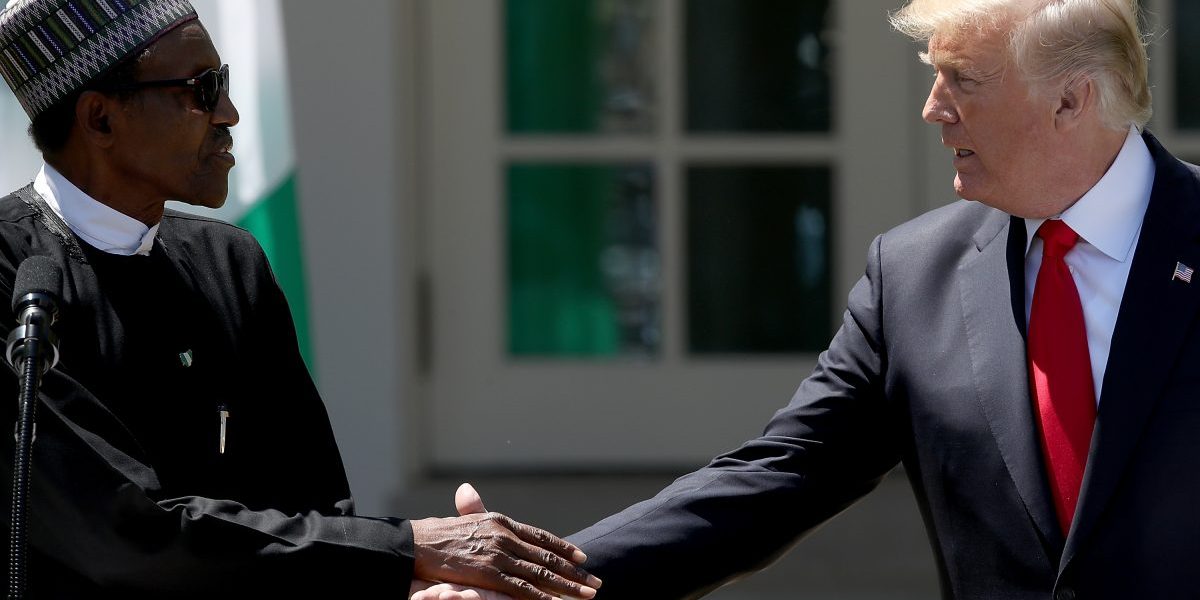 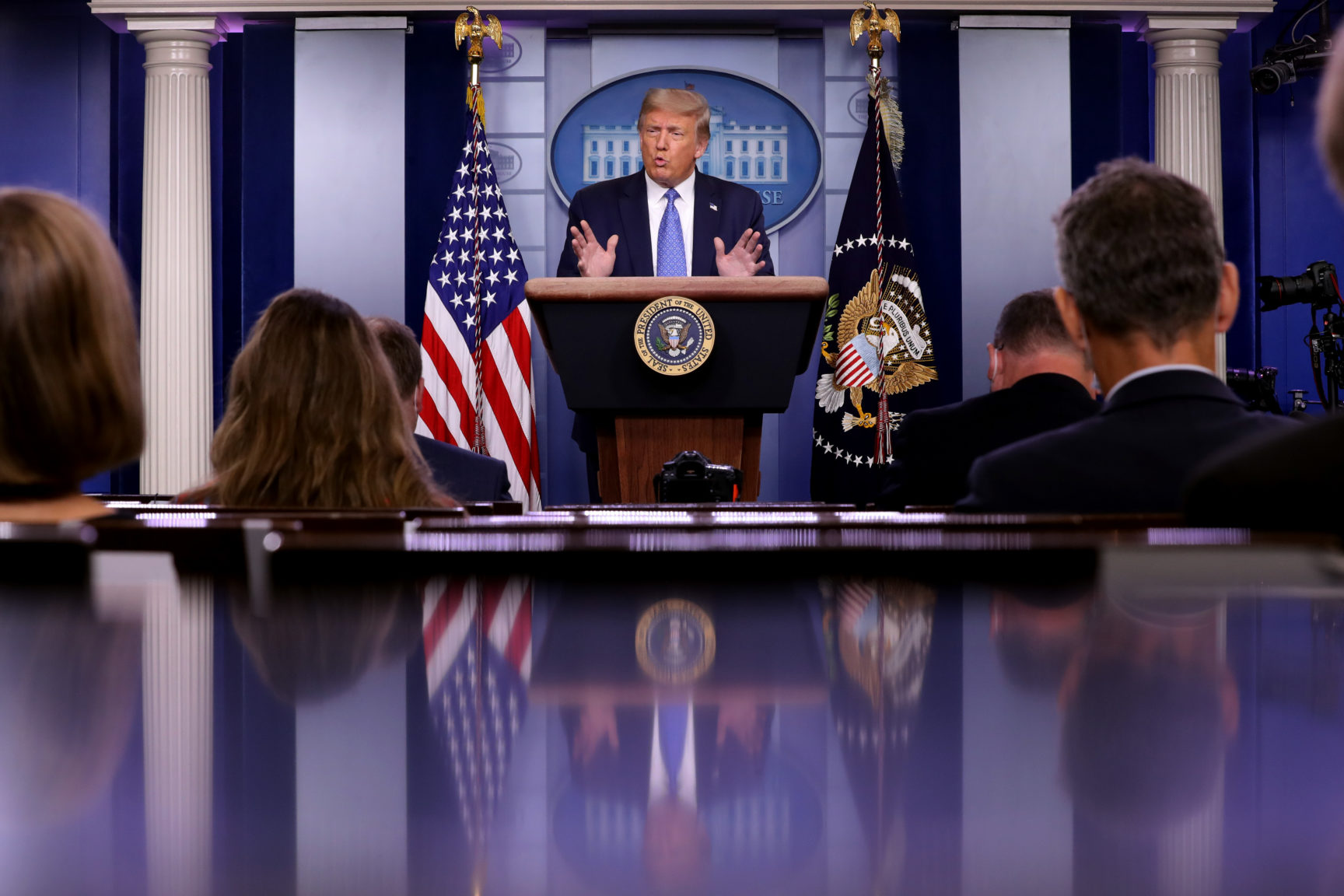 With the United States (U.S) presidential around the corner, the Donald Trump campaign team has pledged a robust engagement and productive partnership for the development of the African continent, while urging Africans in the Diaspora to cast their votes for Trump.

The Trump campaign has adopted the Africans for Trump 2020 campaign team, as well as collaborated with Black Voices for Trump to ensure Diaspora African votes go to President Trump in the upcoming November 3, 2020, US elections.

Although there have been controversies surrounding Trump’s leadership and attitude concerning Africa, especially when he referred to Africa as “Shithole”, Trump stands a chance of winning the second term, especially with the recent Gallup poll of June, 2019 surprisingly showed that Trump’s approval rating among Africans stood at a whopping 52 per cent.

This was made known at a global zoom event tagged “MAGA Meet-UP”, hosted by the Trump Campaign’s Black Voices for Trump, which had hundreds of participants from all over the world.

The Zoom meeting hosted by the Director-General of Black Voices for Trump, Harrison Floyd, and Deputy Director, Gail Wilson, who is a senior member of Donald Trump for Resident Advisor Board and close friend of the Trumps, had Jack Brewer, who represented the president.

Brewer, who is a devoted philanthropist, whose philanthropic footprints in Malawi through Joyce Banda Foundation has seen more than one million children benefit from diverse poverty alleviation programs, eulogised diaspora Africans, highlighting their amazing achievements and immense contributions to the economic framework of the United States

The former NFL safety and 3x team captain who played for the Vikings, Giants, Eagles and Cardinals, assured that Trump is passionate about development in Africa, while he listed a plethora of President Trump’s accomplishments on the continent of Africa.

Brewer said Trump, saddened by the Chibok situation in Nigeria, reached out and ensured that the girls who were lucky to escape captivity, were brought to the United States, where his daughter, Ivanka hosted the girls at the White House as they were cleared for college education on scholarships

Listing further Trump’s achievements in Africa, Brewer noted that over 4,000 Liberians on Temporary Protected Status were recently cleared for Permanent Residency/US Citizenship under a Bill signed into law by President Trump.

Brewer noted that during the former president, Barack Obama, Liberians had waited for waited 20 years, hoping it would happen under, which did not.

Also touched by the senseless killing of Ambazonians in Southern Cameroon, president Trump, through the State Department moved to cut US funding running into millions of dollars to the Republic of Cameroon until the government acted responsibly and ensured the safety of all its citizens.

According to Brewer, Trump through the US department intervened in the South Sudan catastrophe where thousands were dead and millions displaced as rival factions engaged in supremacy battles with the incumbent government.

He said Trump compelled the warring parties to make peace, by using the instrument of sanctions on the suspected officials behind the violence.

Trump administration announced a Global Alliance against Religious Persecution, involving about 19 countries including the United Kingdom, to provide logistics to mitigate future attacks on religious liberties in countries where such religious persecution inspired by the proliferation of terrorist networks and attacks on Christians are prevalent, especially in Sub-Saharan Africa.

He added that shortly after, President Trump signed a historic Executive Order that made Religious Freedom a foreign policy priority of the United States, with a $50 million per annum budget from the US government, adding that by this executive Order, the USAID will work with local governments and agencies to ensure that no Christian or anyone belonging to any religion is ever again attacked or persecuted for their faith.

Brewer further revealed that the Trump administration earmarked over $8 billion dollars for projects aimed at permanently lifting Africa and Africans out of poverty and not just stuffing them with temporary palliatives that bear no enduring fruits.

Brewer, however, assured that President Trump’s second term in office will see a more robust engagement and productive partnership with Africa, to return the continent to her pride of place.

Edith Akridge the daughter of the former and first female president of Malawi, Mrs Joyce Banda, quickly switched sides with ease when she saw the prospects of a more beneficial partnership for Africa, with the Trump team.

She worked tirelessly behind the scene to make this historic event happen.

Also speaking, Pastor Forson Swanzy, who is a Ghanaian and has been a huge influence on the efforts aimed at lifting Africa out of poverty, provided unequalled spiritual inspiration to the team.

Nollywood actor and social influencer, Joseph Okechukwu took the floor and thanked the Trump campaign for the initiative, which he had prayed and hoped for, so long.

He highlighted some of the accomplishments of President Trump on the continent that continues to endear him to the US president.

Okechukwu, who has been a Trump supporter since 2016, painted a bleak picture of what could become of Africa, with respect to terrorist attacks, if president Trump was not re-elected.

He wondered why Africans would have a problem voting for a man who is doing and has done more for Africa in three short years than a black man in the White House could in eight whole years!

Okechukwu has relentlessly debunked misconceptions about Trump on the continent, using his Social Media platforms and at times making publications on National Newspapers in Nigeria.

Recently, Okechukwu set up a campaign group, “Africans for Trump 2020” aimed at mustering Diaspora African votes for Donald Trump, a man he believes has shown more love to Africans, than any other American president in history.