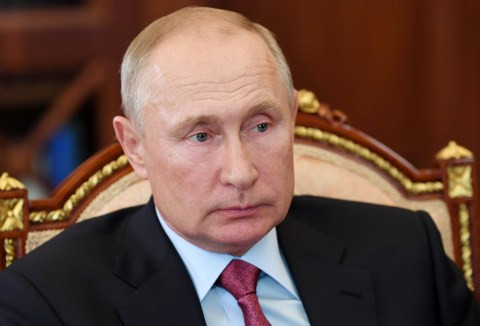 Russia president Vladimir Putin, has announced that his country has finally approved the world’s first Covid-19 vaccine, saying he has tested it on his daughter and it worked.

According to Putin, the vaccine was developed at Moscow’s Gamaleya Institute, with large-scale production of the vaccine projected to start in September, while mass vaccination may begin as early as October. 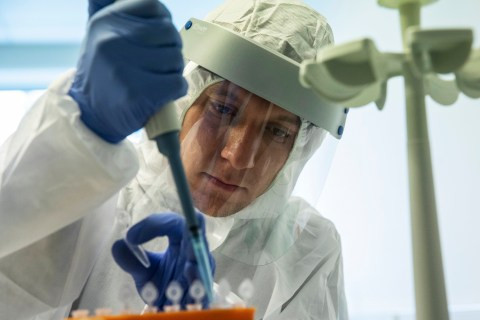 The vaccine has undergone just less than two months of human testing but Putin speaking to Government officials on Tuesday August 11 said one of his two daughters is among those who have already had a shot of the new vaccine.

Putin did not specify which of his daughters had received the jab, but said she had a temperature of 38C on the day of her first injection, which then dropped to 37C the next day.

He said she had a slight increase in temperature after the second injection, but she is now ‘feeling well’. He revealed she had a ‘high number of antibodies’.

The next stage of the tests, commonly known as a Phase III trial, will involve thousands of participants. According to the World Health Organisation (WHO), there are more than 100 possible Covid-19 vaccines currently being developed around the world.

This phase III stage is normally considered an essential precursor before a vaccine can receive regulatory approval and be distributed worldwide.

Putin speaking today said: ‘I know that it works quite effectively, forms strong immunity, and I repeat, it has passed all the needed checks.’

According to Putin the vaccine development is a ‘very important step for the world.’

The Health Ministry said in Tuesday’s statement that the vaccine is expected to provide immunity from the coronavirus for up to two years.

Putin emphasized that vaccination will be voluntary and that medical workers, teachers and other risk groups will be the first to be inoculated.

Philippines President Rodrigo Duterte has lauded Russia’s efforts in developing the vaccine and said that the Philippines is ready to work with Moscow on vaccine trials, supply, and production.

Duterte volunteered to “be the first they can experiment on.”

“I will tell President Putin that I have huge trust in your studies in combating COVID and I believe that the vaccine that you have produced is really good for humanity,” Duterte said, adding that he thinks Russia’s vaccine will be ready for the Philippines by December.